Greta, Grace and Halimah have a wealth of experience between them. They have worked for software developers, media agencies, energy companies, NGOs and consultancies.

This practical experience in the workplace has shown them the power of data, and the impact it can have on decision-making and strategy.

So it's no surprise that they are all now studying data science at Turing College. After all, once you've seen the impact data can have, surely you want to acquire the skills and understand the tools that can turn raw data into something meaningful?

We caught up with these three ambitious and thoughtful young data scientists to hear more about their reason for choosing this subject, their experience of studies so far, and their expectations for the future.

Meet Halimah, the computer scientist learning to combine data, maths and statistics to predict the future

Boasting a Masters' degree in Computer Science, and with experience working as an IT support specialist and software engineer, what made Halimah Oladosu shift her professional focus towards data science?

It all started back in 2017, while she was studying for her MSc in Computer Science at the University of Ibadan in Nigeria. "I attended a workshop on Big Data organized by the Association for Computing Machinery (ACM)," Halimah explains. "The workshop was facilitated by Professor Widom from Stanford University and the focus was on the practical applications of data science and its future."

It's safe to say that the workshop captivated Halimah, and prompted an interest in data science that has grown and grown. "What appealed to me then and still excites me now is the ability to make data come alive in the form of interactive visuals and models to influence decision making," she explains. "Combining programming with historical data, maths, and statistics to predict the future feels like magic. It feels like having a fact-based pass into the future."

"I was hooked at that point and started doing some soft study on my own," she says.

From studying on the side to a new career direction

"It was much later before I made the switch into the field," says Halimah. After completing her MSc, Halimah spent time working as a Software Engineer in Lagos.

But the pull of data science was still there. So, in 2019 she joined Data Science Nigeria, a non-profit focused on building world-class Artificial Intelligence (AI) in the knowledge, research and innovation ecosystems. She had roles in this organisation as a Data Scientist and then as a Project Manager.

Her work at Data Science Nigeria was followed by a Data Analyst internship at point of sales provider Revel Systems, and the start of her studies at Turing College. Both her internship and her studies were facilitated by Digital Explorers. This programme enables knowledge exchange between the Lithuanian and Nigerian ICT sector.

A broader understanding of an "ever-evolving field"

Given her existing experience in data science (and her background in computer science), what exactly was Halimah hoping to gain from her time at Turing College? "I expected it to involve working with a variety of datasets, generating insights, building models, and getting a lot of feedback for improvement," she states. "I also expected it to be practical and fun."

And so far, her studies have delivered all that, and more. "The excitement is still there," she points out. "But my understanding of the subject is much broader than it used to be. Now I understand firsthand that the field is an ever-evolving one, so there's a need to constantly update your knowledge."

In Halimah's opinion, successfully studying data science is as much about the people around you as it is about your own personal qualities. "A good understanding of the data being worked on, curiosity and open-mindedness are all important," she says. "And you need to have a community of data scientists to share ideas with and to learn from. Turing College is great for this. It brings everything together, from the resources (for soft and hard skills), to the platform, to the people. Plus it encourages you to learn at your own pace."

And what is Halimah looking forward to in her future work as a data scientist? "I expect working in data science to be challenging and fulfilling," she says. "For me it's important to know I'll be using my brain to its full capacity (or maybe not completely:))."

"I also like the idea that I'll be putting some of the massive amounts of data that is being generated every day to good use, rather than letting it go to waste. And that the insights from my reports or models can influence people’s lives and businesses positively."

Meet Greta, the data analyst from the media sector upskilling into data science

Even before Greta graduated from Vilnius University with a Bachelors' in Information Technology, she had already gained a wealth of real work experience. And the further she got into the real world of IT work, the more interested she became in data science.

"During my studies, I decided to use the opportunity to work at an IT company. It was the first time I came into contact with real programming and IT systems," says Greta. As she gained more practical experience, she became increasingly interested in data: "after some time, I started looking for other opportunities to get a job related to data." So, from her role as a Junior Specialist at CGI, she transitioned into work as a data analyst, firstly at DXC Technology and then at Inspired UM, one of the 5 largest media agencies in Lithuania, where she still works to this day.

And all the while she was studying. But, having wrapped up her Bachelors' degree, she didn't rest on her laurels. In fact, she understood the need to keep on learning.

From Data Analyst to Data Scientist

"When I started work as a Data Analyst, I realized that I wanted to go deeper into data and to gain a stronger background in the data science field," Greta explains.

And what did she discover? "After a lot of research, I understood that I needed to learn and to gain more experience." And that's where Turing College came in.

Greta joined Turing College as part of our 3rd batch of learners, kicking off her studies in the Spring of 2021.

And what was she hoping to gain from this course? "I was expecting a lot of theory related to statistics, algorithms and maths," she says. "I also expected to learn the basics of how to create reports based on some general problems or topics."

But studying at Turing College has broadened Greta's ideas as to what data science really entails. "It's not just theory," she points out. "There are many skills that you have to use to solve  problems - things like creativity, coding, and logical thinking."

For Greta, this new perspective is empowering because it has shown her that, with the right combination of skills, no challenge is beyond her: "my studies have helped me to understand that you can actually solve the problems around you. I think that data science is our future. It can help us to improve our life."

This potential to make impactful change is combined with a simple love of making sense of all that noise: "I really like working with data and seeing the details that you don't recognize at the first glance."

And Greta is aiming for a long career doing what she loves. "I really know that working as a data scientist will be very interesting. I hope there will be many challenges that I can solve using my skills."

Meet Grace, the analyst with an engineering background looking to leverage the power of data

Grace Fadeyi knows better than anyone that data - and the ability to make sense of it - is important in literally every industry.

With a background in engineering - Grace studied Industrial and Production Engineering at the University of Ibadan - she also has experience in the Energy and Consultancy sectors. She's even worked with FMCG (that's fast moving consumable goods, in case you were wondering).

Having seen the power of data first hand in a range of different industries, Grace is now on the fast track to data science success at Turing College.

Discovering the power of data

"I first became interested in the data field after my internship as a business analyst at an Energy company," Grace explains. She spent 6 months at TotalEnergies in Lagos, Nigeria, where she dedicated her time to improving the reporting on weekly energy and power data."I analyzed the data and made reports. Using MS Excel for this made me ask if there were other ways, and better tools, that could be used for analysing data."

So, she started researching. "My research revealed that there were several tools that can be used for data analysis," says Grace. "But this process also introduced me to the field of data. I started to understand different areas such as data analytics, data science and data engineering. And I saw that it is possible to build a career in these fields."

She learned more about data analytics, and this pushed her to go fully into data science. "With some data analytics experience, I understood that the depth at which you can work on the data and even transform it for different purposes through data science appealed to me."

Grace took the plunge and signed up to Turing College. But, despite her proficiency in business intelligence and her knowledge of important tools like Power BI, Tableau and Python, initially Grace had some doubts.

"Honestly, before starting the course at Turing College, data science seemed really technical," she admits. "I was afraid that it would take a while for me to understand the concepts."

But clearly, Grace needn't have worried. With support from peers and experienced senior team leads, and the ability to progress at her own pace, she has gained confidence. "Data science, although still technical, is now a field I see myself going into," she says. "I am excited about going through the various concepts, from statistics to maths."

And Grace is already looking forward to even more rewarding experiences in the world of business once she has her full data science skill set. "I am keen to see how I will end up utilising my knowledge to make informed decisions and solve problems," she says. "I expect working in data science will not only include crunching numbers and working with data, but also business understanding, problem solving and storytelling.  Everything! I can’t wait to solve problems and share solutions with people." 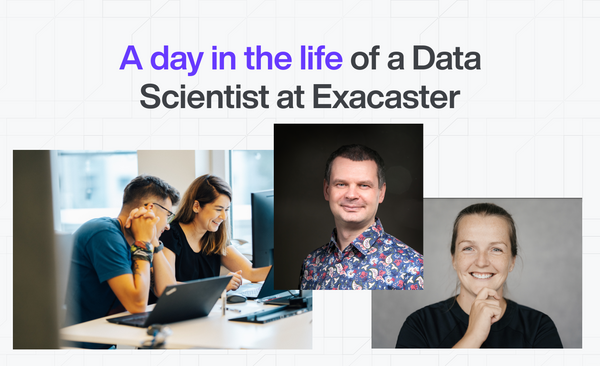 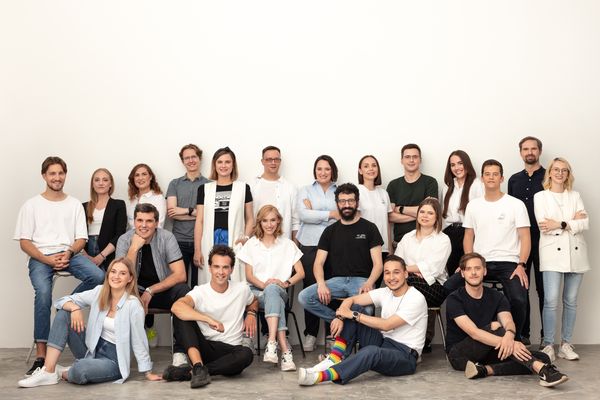